Veteran comic actor Leslie Nielsen, star of Airplane! and The Naked Gun, has died at the age of 84.

He died in hospital in Fort Lauderdale, Florida, where he was being treated for pneumonia, his agent John S Kelly said.

Canadian-born Nielsen started out as a serious actor but in 1980, his role as a hapless doctor in the disaster spoof film Airplane! made him a comic star.

In all, he appeared in more than 100 films and had a star on Hollywood's Walk of Fame.

"With his friends and his wife by his side, he just fell asleep and passed away," his nephew Doug Nielsen told the AFP news agency.

'Don't call me Shirley'
Born in the Canadian city of Regina in 1926, Leslie Nielsen enjoyed an acting career which spanned six decades.

He started as a television actor in New York in 1950, performing in about 150 live dramas.

Moving to Hollywood in the mid-1950s, he initially carved out a film career as a leading man, capitalising on his craggy good looks and 6ft 2in (187cm) height.
In 1980, however, his deadpan delivery in comedy disaster movie Airplane! marked him out as a gifted clown.

It was in this role that he became known for the line: "Don't call me Shirley."

The success of Airplane! led to another TV role in spoof crime show Police Squad, where he first played accident-prone detective Frank Drebin.

He went on to make three films as the character in the Naked Gun series, starring opposite Priscilla Presley.

Nearly two weeks ago - at the age of 84 - Nielsen was taken into hospital in Florida where he lived, suffering from pneumonia.

His condition worsened over the last two days and relatives said he passed away peacefully. 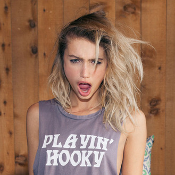 "I'm afraid if I don't keep moving, they're going to catch me ... I am 81 years old and I want to see what's around the corner, and I don't see any reason in the world not to keep working. But I am starting to value my down time a great deal because I am realizing there might be other things to do that I am overlooking."

—Nielsen reflecting on his career in 2007