"Always program as if the person who will be maintaining your program is a violent psychopath that knows where you live."
Top 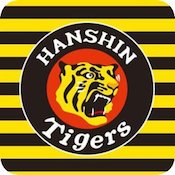 "MS is now changing everything to chase a small but trendy part of the market, and they will be left with a ton of cruft and a bunch of pissed off Silverlight developers once the fad passes," said Slashdot blogger Gerhard Mack. "I actually own a tablet (work provided), and I'm still not quite sure what exactly it's for or why everyone goes nuts about them."

Well it was a difficult week for those of us here in the Linux blogosphere last week, what with all the din emanating from the Windows territories to the south.
Drums, cymbals and fanfare of every sort effectively drowned out every conversation we tried to have here in these parts, as did all the frantic chanting. It was a relief when the week finally wound down and we could all begin speaking at normal volumes again.
Woe betide those with noisy neighbors!

Of course, the cause of all the partying and excitement in Windows-land was none other than Windows 8, the next generation of Microsoft's (Nasdaq: MSFT) widespread PC platform. In a very uncharacteristic and -- it must be noted -- Linuxy fashion, Microsoft actually debuted an early version of the software for all to see.
One would have to have been living under a proverbial rock to have missed the feverish press coverage that ensued; one would have to have had exceptionally sharp hearing, however, *not* to have missed what Linux bloggers were saying.
Will Windows 8 and its remarkably Unity-like "Metro" interface have any effect on Linux? That's what Linux Girl set out to learn.

'The Whole World Has Gone Mad'
"I feel like the whole world has gone mad," consultant and Slashdot blogger Gerhard Mack told Linux Girl.
"MS is now changing everything to chase a small but trendy part of the market, and they will be left with a ton of cruft and a bunch of pissed off Silverlight developers once the fad passes," Mack explained.
"I actually own a tablet (work provided), and I'm still not quite sure what exactly it's for or why everyone goes nuts about them," he added.
"All I'm sure about is that Ubuntu will probably grow yet another new interface soon," chimed in Hyperlogos blogger Martin Espinoza.
'It's Too Little, Too Late'
"They better hope Nintendo doesn't sue them," warned Barbara Hudson, a blogger on Slashdot who goes by "Tom" on the site. "It's the same interface as the Wii, except with the Wii you don't get smudges on the screen."

As for whether it will affect Linux, "I don't know, but I think it's too little, too late for where it really counts: trying to give Microsoft a toe-hold on mobile devices," Hudson asserted. "Nobody's going to buy it based on, 'I want a seamless experience across all my devices' -- users have already been weaned from that.
"Windows lock-in, except on the desktop, is dead, and Windows 8 isn't going to change that," she concluded. "Linux+Android will continue to be No. 1 and Apple (Nasdaq: AAPL) IOS No. 2 in mobile. The question is, can Microsoft even get enough sales to become a somewhat irrelevant No. 3?"
'They Are Changing Too Much'
Thoughts on Technology blogger and Bodhi Linux lead developer Jeff Hoogland said he hopes the user interface changes in Windows 8 "do to Windows what Unity/Gnome 3 did to their users -- send them searching for alternatives in droves," he told Linux Girl.
"Unity and Gnome 3 drove many Linux users to XFCE and Enlightenment (among other desktops); hopefully Windows 8 will drive some Windows user to finally give Linux a go," Hoogland added. "It can't hurt us, to say the least."
Indeed, "Lose '8' looks to me to be another Vista," opined blogger Robert Pogson. "They are changing too much to keep it all straight."
'Increased Complexity Always Loses'
Without compatibility with all legacy apps, "it's Phoney '7' all over again," Pogson asserted. "OEMs may be fooled, but consumers will not be. Every app on the planet for that other OS is not about to be rewritten for '8' on ARM."

Meanwhile, "Android/Linux will likely be available on x86 a year or more before '8' is released on ARM," he added. "With netbooks, M$ was able to overcome a few tens of millions of GNU/Linux installed base, but they will have no chance against hundreds of millions of Android/Linux smart thingies and x86."
All in all, then, Windows 8 "is M$ blinking, unable to decide whether 'Classic' or 'New' is the way to go," Pogson said.
"Increased complexity always loses against a lean, mean operating system," he concluded. "Folks who want to get away from XP before it crashes and burns and folks who want ARMed hardware or low-powered x86 or thin clients have no better option than GNU/Linux or Android/Linux."
'The Highest Form of Flattery'
Slashdot blogger and Windows fan hairyfeet didn't see any impact on Linux at all.

"It isn't Windows that hinders Linux adoption; it is the fact that too many in the community are in love with the CLI and refuse to wake up and smell the iPhone," hairyfeet told Linux Girl.
Chris Travers, a Slashdot blogger who works on the LedgerSMB project, saw it differently.
"Imitation is the highest form of flattery," Travers pointed out. "It means Microsoft is taking Linux seriously on the desktop. This is very, very good news -- for all Microsoft saying we are copying proprietary software, it is rewarding to see them copy us."
'This Will Only Help Linux'
Of course, "people don't use Linux because it has a better desktop; we use it because of the open development environment and the amazing community, and because as consultants we own our own means of production," Travers added. "We have the right to create new things using the software and thus add value without paying upstream royalties or agreeing to restrictive contracts."
So, "in the end this will only help Linux," Travers concluded, "by making it easier for us to create systems which are more familiar to Windows users."

"Will Windows 8 and its remarkably Unity-like "Metro" interface have any effect on Linux?"

Visit the CenturyLink resource center for relevant briefs and reports to help you better manage your enterprise. Learn how smart businesses harness the power of customer data to improve satisfaction and sales: Unleashing the Power of Customer Data.

win8.jpgMicrosoft is trying to lock down system firmware to prevent malware and pirated copies of Windows. Unfortunately, this may have some undesirable side effects for Linux users and anyone else that wants to boot an operating system not officially blessed by Microsoft and OEMs. This poses a problem for hobbyists and large organizations alike.

This was discovered by Linux developer Matthew Garrett, who's been doing a lot of work with EFI booting in general for his day job. Recent UEFI specifications have allowed for "secure boot" that requires an OS to have a signed key in system firmware to work.

Microsoft is requiring (PowerPoint) that OEMs ship client systems with the secure boot enabled to get the Windows 8 logo. Of course, all major OEMs are going to want the Windows 8 logo. In short, a vendor like Dell would ship systems that recognize the OSes that Dell offers. That would mean whatever Windows versions that are offered by Dell would be properly signed. Other OSes – even retail versions of Windows 8 – wouldn't necessarily be signed to run on the systems.
Impact

The positive to this system is that malware that affects OS might not be able to boot. According to the presentation by Arie van der Hoeven of Microsoft, if the boot process detects a unsigned boot manager, it would drop to a recovery system managed in firmware. Presumably OEMs would include recovery media to fall back to.

The downside is that users have a lot less control over their hardware with this feature enabled. Much like mobile devices that prevent unsigned ROMs from loading, this would mean desktop systems with Windows 8 would not run unsigned OSes without rooting the computer. If you have malware on your system, you're stuck with the OEM recovery media instead of being able to use your own recovery software.

This presents a bit of a headache for vendors like Acronis that provide backup software that boots systems to make images of hard drives.

Garrett notes that vendors could choose to provide firmware support to disable this, but "experience indicates that many firmware vendors and OEMs are interested in providing only the minimum of firmware functionality required for their market." Loosely translated? Many vendors aren't going to spend the money to give users this feature.

The secure boot requirement is already raising eyebrows in the Linux community. As planned, machines that would conform to the logo requirements for Windows 8 (read: virtually any system you would buy from Dell, Asus and so on) would not boot Linux.

Though Microsoft has not shown a great deal of love for Linux, I doubt that this is a just a scheme to thwart desktop Linux. At best, Linux commands a few percent of the desktop market. It's hardly worth Microsoft's time to go out of its way to prevent a small percentage of users from installing Linux on machines they've already paid " the Windows tax" for. I suspect Microsoft's primary aim is to further curtail "pirate" versions of Windows.

But it has the potential to do collateral damage to Linux users and distributors. It also affects anybody else that might want to load a different OS onto the system, and even to users who want to install third-party graphics cards onto the system.

Secure boot means that the small but enthusiastic Hackintosh community would be out of luck too. While you might find Linux vendors willing to jump through the technical and administrative hoops to get signed copies of Linux that would work with UEFI, there's little chance of getting boot media for OS X that would have an approved CA signature.

Dedicated users could still build their own machines, of course. However, if the Win 8 Logo program goes to market as proposed it would severely limit the options for many OEM-built machines. Want to reuse that old Windows 8 machine with a Linux distribution or something like FreeNAS? No dice.

It's also unclear how this would affect resale of systems that go off-lease. There's a pretty big aftermarket for desktop systems that would be affected by this as well.
Time for Concern?

Garrett says that "it's probably not worth panicking yet. But it is worth being concerned." I agree with this – it's going to be quite a while before Windows 8 ships. There's a lot of time to give Microsoft feedback on this feature, and the company might back off the stance on its own.

But it is a concern. One of the things that's always been a given for me is that I can repurpose any PC hardware by installing Linux on it. Losing this much control over hardware that I've purchased concerns me – and it should concern enterprise buyers as well.

What do you think? Is this an acceptable feature, or should Microsoft go back to the drawing board?

No matter what kind of sadness envelops the darkness of our despair, if you put one foot in front of the other, at some point you will reach a place where you can see the light.