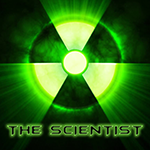 NVIDIA's next generation Ampere GPU based GeForce graphics cards are going to be much faster and much more efficient than Turing GPUs, as reported by Taipei Times (via Tomshardware). It has been stated that NVIDIA is all set to launch their next-generation Ampere GPU in the second half of 2020, leading to a rebound in demand for gaming and notebook GPUs.


NVIDIA next-gen 7nm Ampere GPU based GeForce graphics cards up to 50% faster and twice as efficient than Turing - launching in 2H of 2020, report claims.

The report claims that NVIDIA's successor to the Turing GPU architecture, codenamed Ampere, will be a major deal for the graphics industry, offering bigger than expected performance leaps in both, general performance and efficiency. The report once again points out to Ampere adopting the 7nm process node.